It's my life's work to express those emotions and feelings that can only be conveyed through music. It's how my spirit takes wing and soars to unfathomable, seemingly unreachable heights. I hope that my music does the same for your spirit, too. 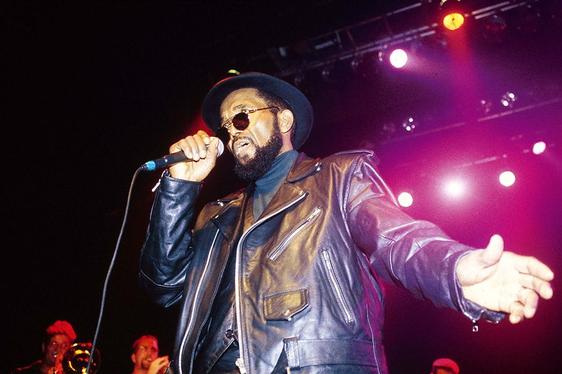 ​Madness
ONE OF THE BEST ORIGINAL HITS.

Enjoy Yourself
A TOUCH OF ORIGINALITY!

Cecil Bustamente Campbell was born on Orange Street in Kingston, Jamaica, on 24 May 1938. His middle name was given to him by his family in honour of the Labour activist and first post-Independence Prime Minister William Alexander Clarke Bustamante. In the early 1940s Campbell was sent to live with his grandmother in rural Jamaica where his family's commitment to the Christian faith gave him his earliest musical experiences in the form of church singing as well as private family prayer and hymn meetings. Returning to live at Orange Street while still a young boy, Campbell attended the Central Branch School and St. Anne's School. While at school Campbell performed three or four times a week at the Glass Bucket Club as part of Frankie Lymon's Sing and Dance Troupe; rock 'n' roll-themed shows were popular during the 1950s, with the Glass Bucket Club establishing a reputation as the premier music venue and social club for Jamaican teenagers at that time. Upon leaving school he found himself drawn to the ranks of followers that supported the sound system of Tom the Great Sebastian. Jamaican sound systems at that time were playing American rhythm 'n' blues and Campbell credits Tom the Great Sebastian with his first introduction to the songs and artists that would later influence his own music: the Clovers' "Middle of the Night", Fats Domino's "Mardi Gras in New Orleans", the Griffin Brothers featuring Margie Day, and Shirley & Lee.

One Step Beyond
I give this technically tricky tune a whimsical interpretation. Enjoy!